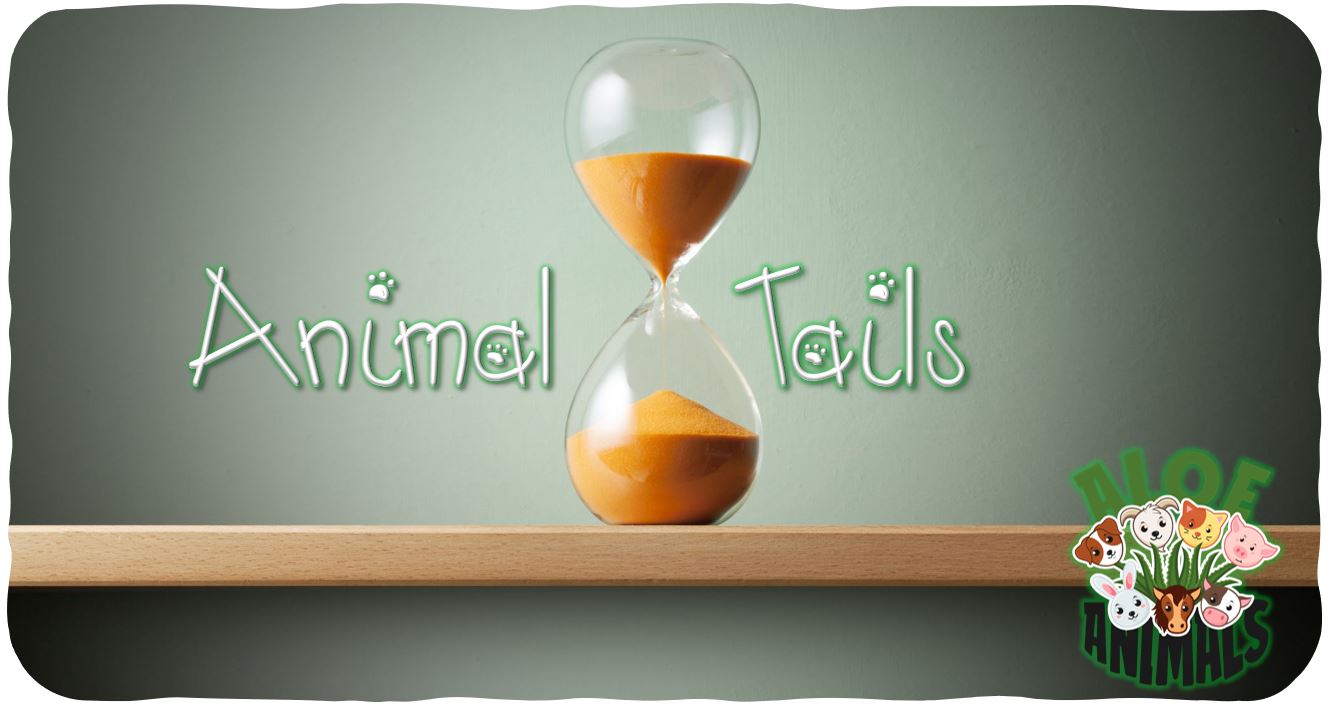 When you work with animals you should be prepared 100% of the time. If you are prepared you will generally survive however, if you are not prepared you could end up with crushed bones, missing body parts, a general long hospital stay or for the unfortunate men in the industry involuntary castration through crushed nuts!

Saying that, there is nothing more rewarding nurturing an animal back to health or training a young animal or studying the behaviours of all animals. I loved every minute of my time working with animals and even several years later, if the opportunity came along I would likely go back to it.

I saw many injuries over the years and suffered several myself but, can I blame the animal…. NO, it was the gobshite not listening to simple instructions or not watching the animals behaviour towards them, and I include myself in that. 99.9% of injuries can be prevented if we just followed the simple instruction.

Health and lack of common sense safety, was the biggest joke and it will always be that way in my eyes because some over-paid governmental arse-licker thought it was a good idea to score points instead of pleasuring the boss to gain promotions etc thought it be a good idea to pencil some educational BS together and call it law! Fresh out of Uni and never stepped on a dog turd never mind worked with an animal to understand that all health and safety is, is common sense f’d up. Use common sense all good, use H&S and by the time you have thought what the law says, that pig has just chewed your fingers off or that bull has charged you through that wall!

As usual, I digress in my blogs… but DON’T get me started on those Animal Rightists……… 😠

We are all animals but mammals tend to have similar behaviours to humans, fear, aggression, love, playful, naughty, funny etc. Reptiles, Amphibians, Fish and Birds I found to be unpredictable. Farm animals displayed similar to humans but always seem to have a completely different thought process to what we have.

Over the years, I have honesty lost count of the amount of times I have been bitten, stood on, headbutted, scratched and then there is the loving and playful side including rubbing up against you, wanted to be held by you, play with you, lick you etc.

Bites are by far the most common, I have been bitten by, rodents including hamsters and guinea pigs, lagomorphs (rabbits), reptiles including lizards and garter snakes, aves including parrots and budgies. Dogs, Cats, Goats, and the list goes on.

Sometimes these bites are by accident eg, getting excited over feeding time, getting a bit rough whilst playing and predators smelling prey on you – this would commonly be a reptile smelling a rodent on you and vice-versa, a rodent smelling its predator on you. This is not H&S, this is common sense and wash your bloody hands when changing from one area to another.

The funniest bite I had was some Russian Dwarf Hamsters, they can be little bastards in general. I was sexing (identifying male and female) a tank full of them once and when I was pulling my arm out of the tank, I had several attached to me… with their teeth… the first time, I had 5 attached and then they got greedy a little while later as the second time, I had 8 of them attached. Only a little blood, and I wouldnt mind but I had only just fed them.

The weirdest feeling was in the reptile area. I would say, the Garter Snake, quick little shits and devious… it was the strangest sensation, like two mini thorns, you feel two little pricks (and I am not talking about me and the snake 🤣) and then it just stays there dangling, you cant rip it away or you could end up making it worse ripping the teeth out or even killing the snake, so you have to slowly prise it open gently or hope it gets bored.

Even, my dog has bitten me but she went through to bone and I bled… a lot from such a small wound. Now, this was my fault, I should have been prepared. And the pure guilt on her face after she sunk her teeth in showed that she went too far as well.

This happened earlier this year during bath time. Now Jade, is 11 years old and I have a bathed her since she was about 6 months old so I knew what to expect, she is always ready for battle when it comes to bath time but not usually the bath as she loves that, it is the drying she hates and you have to be quick. Drying takes her over the hedge and she becomes highly aggressive but bathing is usually brilliant.

I had recently started to bath her using ALOE HAND SOAP and she loves it, It is amazing and I will never use anything else. I was heading for disaster when I decided that I Would attempt to clean her teeth something that I have never done before, only because she does not allow me to go near her mouth. In the past when I have gone to open her mouth to do a health check on her, she has always given me that warning snarl and I have left it. So dental chews were the way forward from that moment onwards.

However, this particular day, I decided that  I wanted to try the FOREVER BRIGHT TOOTHGEL with her because it is great for all the family including the furry members.

But she snapped and sunk her teeth into the bone, the second she released her grip, blood pissed out everywhere, all over me, all over her, you thought she had bitten my hand off there was that much blood. At one point I thought a trip to the hospital was on the cards but quick thinking, I grabbed the first-aid kit and took out 2 items. A bandage roll and my trusty tube of ALOE VERA GELLY

I wiped the blood as much as I could, squirted the ALOE VERA GELLY all over the wound and then wrapped it.

I had to bath Jade again, which wasn’t much fun with a bandaged thumb but on the plus side, the ALOE HAND SOAP is amazing at cleaning out blood as well….

After a couple of hours, I checked the wound and it was clean, the blood had clotted and the wound had started to heal and within a week the healing process was well on its way. That was about 5 months ago and the only evidence of any scarring is this small white ring on my thumb. (Barely noticeable now) 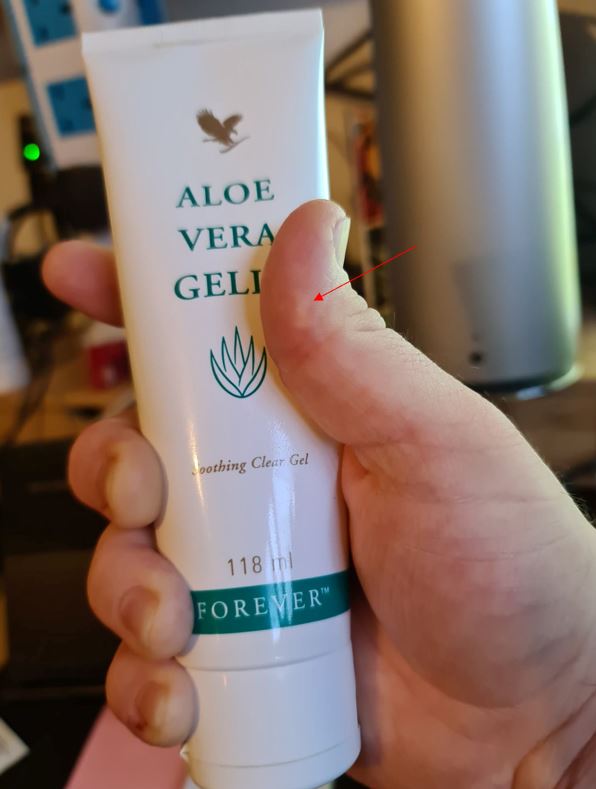 I honestly believe that if I had not used this ALOE VERA GELLY on my wound, it would have been fairly nasty and probably would have gotten infected?

The moral of this story…… be prepared!